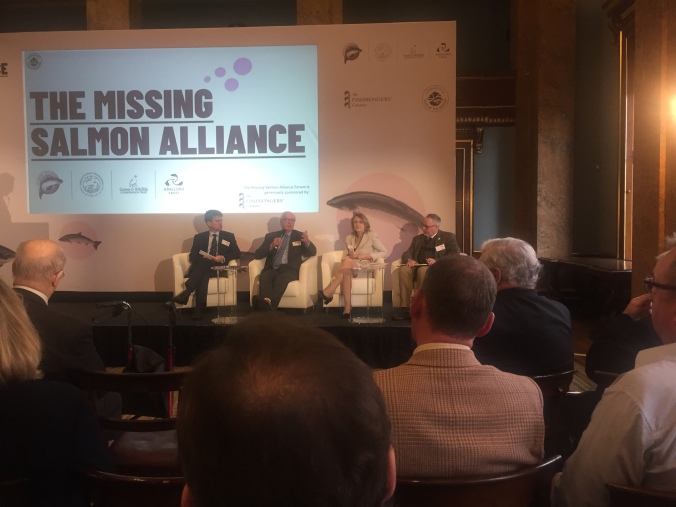 I write this as CEO of FishPal, an ambassador of the Atlantic Salmon Trust and most importantly as a passionate salmon angler who cares so much about the future of our iconic Atlantic salmon.

Yesterday I was in London and here are my thoughts around the announcement that brings together the collective strengths of The Atlantic Salmon Trust, Salmon and Trout Conservation, the Game and Wildlife Conservation Trust and the Angling Trust with Fish Legal.

Commonly now known as “The Missing Salmon Alliance” this is the first time these organisations have combined their energy with the sole purpose of savings the precious Atlantic salmon.

The word “Crisis” was a common word throughout the day. Presentations with frightening statistics and facts “10 million Atlantic salmon recorded during the 1970s” and now “the global population of the species stands at less than 3.4 million”. Urgent action is now required.

With the combined expertise of the MSA” they will look to establish beyond any doubt what the core issues and problems are that impact upon Atlantic salmon. They are using scientific evidence, modern technology already in place and more still to come. Using the skills and expertise of these combined organisations finally they will have the information to address the issues/problems and lobby effectively for change.

“With in-depth evidence we will be heard and not ignored as in recent times! We must continue to gather as much “proof” as possible to make the changes we all know needs to happen.”

The timetables discussed is encouraging, and they are not talking long term, but here and now! It is hoped that we will have significant results by the end of 2020 and to be seeing the results of actions taken by the end of 2022.

One example of evidence gathering is the Moray Firth tagging project, launched in Spring of this year. This is the route taken by 20% of all salmon that leave the UK.

The project had “over 50 million hits” from smolts passing its beacons during the tracking exercise. There is much to digest, but interestingly early results indicate that contrary to expectations 50% of smolts are being lost in our rivers. This is a significant step forward in understanding the journey of smolts and actions can now be taken next year as a result of this to focus on what is happening within our river system.

I know many of you will immediately assume that its predation, but the reality is that it will be more than this. Issues include water quality, run off from waste whether it’s industrial, agricultural, domestic drainage, including surface water from streets and no doubt many other problems that can occur in our rivers. It’s all about having scientific facts that can back up opinions and views from the ground. They can then be taken forward and a change will finally be seen to happen. 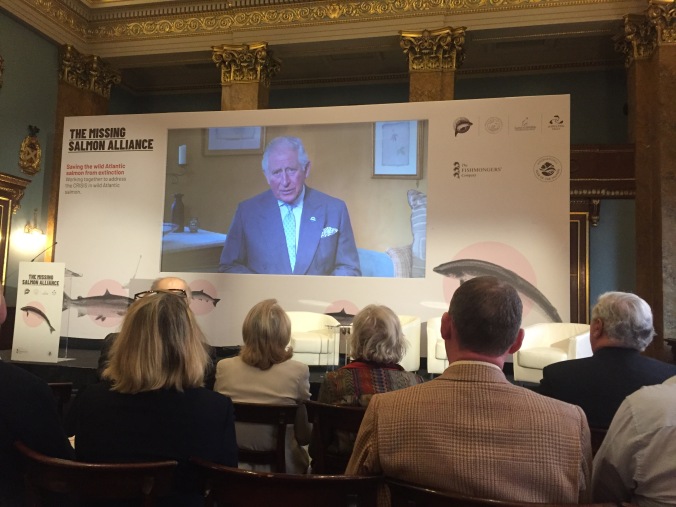 Having HRH Prince Charles leading on this has got to add weight to the argument.

I was asked by many “Why is the forum held in London and not Scotland”?. This was not a Scottish specific forum as it involved partners from across the UK. Of course projects in Scotland were discussed for example the Moray Firth Project, including other Scottish rivers.

The audience was made up of many UK river boards, not just the big four Scottish rivers. There were proprietors, Atlantic Salmon Trust supporters including donors who have helped fund important projects, as well as guests from around the globe which helped keep the approach as joined up as possible. Anglers were there in good numbers and a decent mix of people. From the conversations I had during the day people were genuinely impressed with what they were hearing. 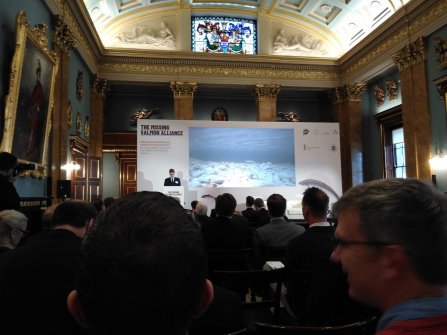 What struck me most of all was the considered balance of speakers. From the scientists which you would expect through to anglers with a passion for our sport. Some presentations simply touched a nerve in all us “passionate salmon anglers” with stories and memories of great days on rivers and the need to protect the future. For me personally the presentations could be summarised in one slide

“Environmentally we are just guardians for those who follow. The longest journey starts with the first step, so everyone has a role to play in handling the natural world over to the next generation in the best possible shape.”

In my brief Facebook post last night you could see the passions and opinions from one and all coming through loud and clear. It’s a good job that we all really do care so much and importantly want to see the future of our sport improve and appreciate actions need to be taken.

This journey has taken time to get to where we are now, but rest assured there is a growing ground swell with the right people in the mix and an Alliance that can and will make the difference for us all, before it is too late.

Photographs taken at the Missing Salmon Alliance by Mark and outside photographs from the Ness District Salmon Fishery Board Facebook page. 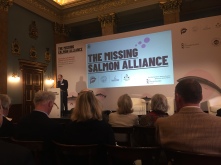 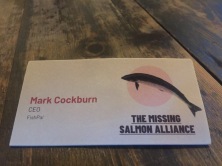 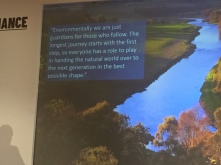 Paul and John enjoying a trip to the River Tweed. #junction #fishtweed #dryshoesdontcatch #fishing #fishinglife #visitscotland #smiles #fishpal_fishing
Two of the three salmon caught by Chris Sandground, Kirriemuir Angling Club, South Esk.
Davie Leishman christening his brand new Loop rod with a lovely fresh 9lb tummel springer from Pitlochry . His first of the year and very well deserved.
Mark returning his fish yesterday on Brae Beat 5 at Gordon Castle, before the river rose and stopped fishing.
We now have availability online for FishPonds beat on the River Tay.
A cracker caught on the middle Don on Fetternear Beat. Fish is estimated at 25lb. Aberdeenshire salmon fishing.
FishPal are catching up with Paul Young this evening at 7pm to celebrate the launch of every Hooked on Fishing Shows being re-released, digitally remastered and available on Fishing TV.
Well done Phil Ellis fishing the River Ure, Yorkshire 👏🐟 #fishing #fishinglife #fishpal_fishing
Well done Will Clay 👏🐟 - first ever sea liced springer off invery last Friday, 10lbs.
Paul Little returning a decent sized sea trout - fishing Kelso, River Tweed. #flyfishing #fishpal_fishing #fishing
Nathan Lowes fishing Styford beat on the River Tyne. #fishing #fishtyne #flyfishing
John Taylor fishing Tweed at Kelso #salmon #flyfishing #fishing
Mrs Jack Shirley returning her fish to the Tweed, Kelso.
When you can finally go fishing ! Mark Cockburn is enjoying a day on the Tay and he says “It’s good to out!”
Off she goes - local angler Kenny Dumma salmon swims away strongly - River Tweed, Kelso.
Thank you to Willie Elliot for this fabulous footage of young Ryan playing a 10lb salmon.
Thank you to Tomas from Edradynate beat on the River Tay. A 9lb this morning from the Poltewan Pool🎣🎣
A cracker caught by Phil Dixon fishing Burnfoot beat, Border Esk.
Another lovely day on the river. River Tweed.
Doug Unkles fishing Boleside, River Tweed at the weekend caught his fish spring fish of 2021. He kept the fish wet and celebrated his achievement with a few glasses 🥂🍻🐟👏
My Tweets